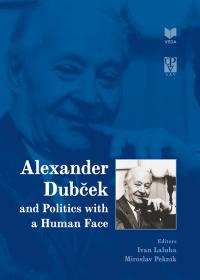 Alexander Dubček and Politics with a Human Face

Alexander Dubček is one of those key figures in modern Slovak history that historians and the general public alike keep returning to, both because of his role in the tumultuous events of 1968 and because, to some extent, he has become a symbol of the struggle for a democratic transformation of society, for civil rights and for human dignity ... It is a welcome fact that the individual contributions in this book not only outline the already familiar events and facts but also bring new information, new context and novel observations, thus contributing to our knowledge of that difficult and controversial period that influenced Alexander Dubček’s work. They may serve as a proof that Dubček‘s political thought and activity provide inspiration even for the present, when we are seeking new avenues for society.
Alexander Dubček and his generation faced the same problem as our contemporaries – the crisis of public authorities and the existence of symbolic capital. Everyone in Slovakia would only gain if we did not shut our eyes to this obvious fact and stopped pretending that it does not exist. Ignoring people’s memory is not the way out of our problems. Today, we approach recent events as if they had taken place in the Mesozoic, judging the actions of past generations in accordance with some absolute criteria, as if infinity had now been achieved, and nothing in the recent past were perfect. From this perspective, even our current democracy is one that is conditional and rationed. Yet, Alexander Dubček and his generation would never accept that.