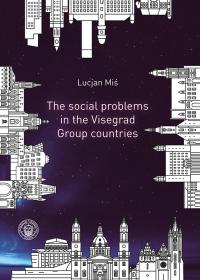 The social problems in the Visegrad Group countries

The Visegrad Group is a political project. It was formed as a result of actions of politicians, not as a bottom-up initiative on the part of residents of Central Europe who wanted to travel, get married, buy properties, learn about the culture and the nature of their neighbors or work in the neighboring countries. Investigating social problems that occur in the four countries of the Visegrad Group provides an opportunity to check the social background of this project. In other words, whether the Visegrad Group countries are close or distant from one another on the social front. It includes both comparing the social situation in the V4 countries to other neighboring countries, such as Austria, Germany, Slovenia, Croatia, Romania, and to the founding countries of the EU (Benelux, France, Germany, Italy). It may be that problems in the Visegrad Group display significant differences and although the Group is able to work successfully at the political level, everyday problems of its citizens are too different to think about any forms of regional cooperation to improve people›s lives in terms of employment, health care, environmental protection or public safety.